Finding Hope in the Every Day

(I wrote this while listening to the music below. So quiet, so relaxing…so full of Fernweh.)

It is difficult to describe, but when you hear a certain piece of music or see a photo or a maybe a scene in a movie, you are suddenly overwhelmed with a nostalgia and yearning that envelopes you. I have often found myself standing on an ocean beach or a windy hillside looking out over the distant scene and feeling that slightly sad and wistful yearning to go “home.” But home to where?

Ah…therein lies the secret. For in each person, our “soul home” is different for each of us and can sometimes change over the years. For me, it has been the same since I was a little girl. I listen to the music below and I yearn to stand on the faded glory of yesteryear’s castles looking at a storm sweep up a green hillside. I can see myself…in clothes of a bygone era, hair blowing freely, staring at the distant horizon waiting.

Why does my heart know this place? Almost like a memory, it is imprinted on my mind like a faded dream. When I wander the timeworn stones and pathways of a crumbling English castle, I have stepped back in time and can hear the sounds of ancestors’ voices. Was that the sound of horse’s hoofs on the cobblestoned bridge? Is that distant merry laughter from the ruins of the great hall below? I hear the melancholy notes of a Celtic flute and I’m instantly transported. I am reluctant to leave. I close my eyes and my soul trembles slightly brushed with that haunting desire.

Yes, I know and understand Fernweh, but I believe most do. For in all of us, there is a memory of a spiritual home. We may not fully acknowledge it, but we all hear that distant music. Someday we will all find our soul’s “home” and finally be able to lay aside that quiet yearning for something more.

Of course some will say “Melissa, don’t be silly, it’s all in your head.” But as Dumbledore said in Harry Potter, “Of course it is happening inside your head, Harry, but why on earth should that mean that it is not real?” (― J.K. Rowling, Harry Potter and the Deathly Hallows)

Photo by Rafael Barros from Pexels 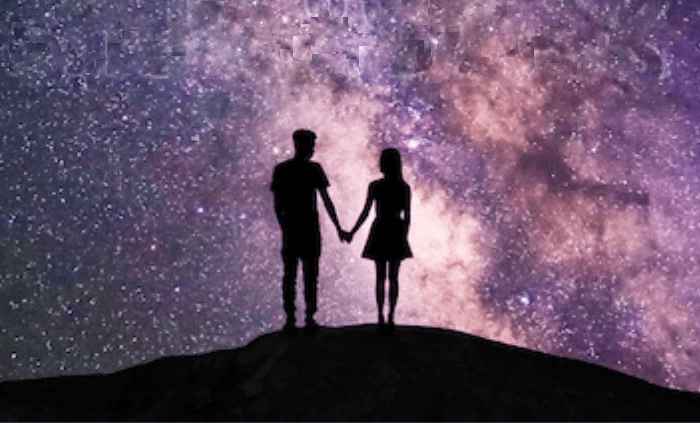 Have you ever felt that you lived in the wrong era in history?  Did you ever feel as if you were somehow born for a simpler time?  I have often felt that way, especially when it comes to dating.  There have been so many times when I wished time travel was real.  My heart yearns for the days when gentlemen held doors for women and courted them with roses, strolls through a park, love songs, poetry, and soft words of romance.

I fully realize that even then that was somewhat of a pretense, but oh to hear the sweet words of a well-turned phrase rather than “Hey baby, what size are those wonders?”  (Yes, I actually have had several men ask me some version of that.)  I don’t mean insincere flattery, but a soft and sincere compliment given in that moment when your eyes meet.  When you catch your breath as his look speaks volumes and your heart races a little.

I yearn for the days when marriage was still the ultimate goal of dating instead of one-night stands or flings (which I won’t do).  When commitment, chastity and honor were a code to live by, not something to be mocked.  I’m an old-fashioned woman living in a modern world and with each passing year, I feel more like a relic on the shelf.

Yes, I’m fully aware that I’m a hopeless romantic.  I know that all throughout history there have been cretinous cads, but surely there must be a man out there who still believes in romance?  I actually believe that there are many, and I still hope there is one for me. Maybe he is reading this post right now…I don’t know.  But if you are, find me…I’m still waiting…

“Run to You” by Whitney Houston

I know that when you look at me
There’s so much that you just don’t see
But if you would only take the time
I know in my heart you’d find
A girl who’s scared sometimes
Who isn’t always strong
Can’t you see the hurt in me?
I feel so all alone

Each day, each day I play the role
Of someone always in control
But at night I come home and turn the key
There’s nobody there, no one cares for me
What’s the sense of trying hard to find your dreams
Without someone to share it with
Tell me what does it mean?

I used to be embarrassed by the fact that I was a hopeless romantic. When I was a child, it was fine to believe in love at first sight, romance, soul mates, and happily ever afters.  I loved dressing up in old dresses pretending that I was Cinderella at the ball and my Prince Charming was about to sweep through the door.

In my early teenage years, I would sit quietly in the corner during class and lunch and devour romance novels.  My favorite author at the time (Emilie Loring) was a woman who had written more than 30 books from the 1920’s to the 1960’s.  I loved her characters: the heroines were always beautiful, graceful and elegant.  The heroes were always true gentlemen that would fall in love with the wholesome, positive and courageous women. The books were full of optimism and adventure and sprinkled with just enough romance that they thrilled my innocent heart. I firmly believed that my own hero would find me someday and I would have that relationship that I so yearned for.

Yet, as I grew older, I discovered from many of my peers that believing in these things were considered immature and childish.  It was fine to seek a relationship, but I had to do so with a sophisticated, cynical veneer.  I had spent so many years as a child being bullied that I was afraid of not fitting in, so I adopted the cynicism and mocked silly romantics with the best of them.  I found it was easy to do since so little romance came my way.  It was easy to make fun of it and pretend that it didn’t matter to me, when inside my heart was crying out for that tenderness, affection and passion that I had believed in as a child.

As the years passed and the gulf widened between my secret hopes and reality, I began to truly believe in the cynical viewpoint of relationships and love.  My own marriage had failed and I have never experienced the love I had dreamt of all those years before.  Did anyone have good relationships or was it all just a show?  My own graveyard of broken hearts had just about convinced me to give up altogether.  I found it ironic that the woman who had written a book about hope was feeling the complete opposite.

But then the universe stepped in yet again.  One night, as I watched a documentary regarding a motivational speaker, I felt a little tug at my heart.  He spoke of dreams and possibilities and the passion required to accomplish them. Facing my own stark reality, the floodgates in my soul opened and I sobbed.  Was there really a possibility that my dreams could still become reality?  I had buried those hopes so well after so many failures. But it was as if a little pixie dust from a passing star seemed to sprinkle itself on me reminding me of who I am.

I am a hopeless romantic.  I love flowers, nature, beautiful clothes and soft music. I love mystery, adventure, romantic movies and above all…happy endings.  I can honestly say that I still believe that my “one” is out there somewhere seeking for me and that one day I will have that relationship I long ago hoped for.  And best of all, I can say that I have found faith in my dreams again and in myself.

For all the hopeless romantics out there, embrace who you are.  We remind people to believe in magic and miracles and to hope again. Through music, art and words, we help others to find that indescribable “something” that lift souls above the ordinary.  And most of all, we believe in love and the power it has to change lives.

Keep staring at the stars, romantic one, and maybe…just maybe, one day you will finally be able to touch one.